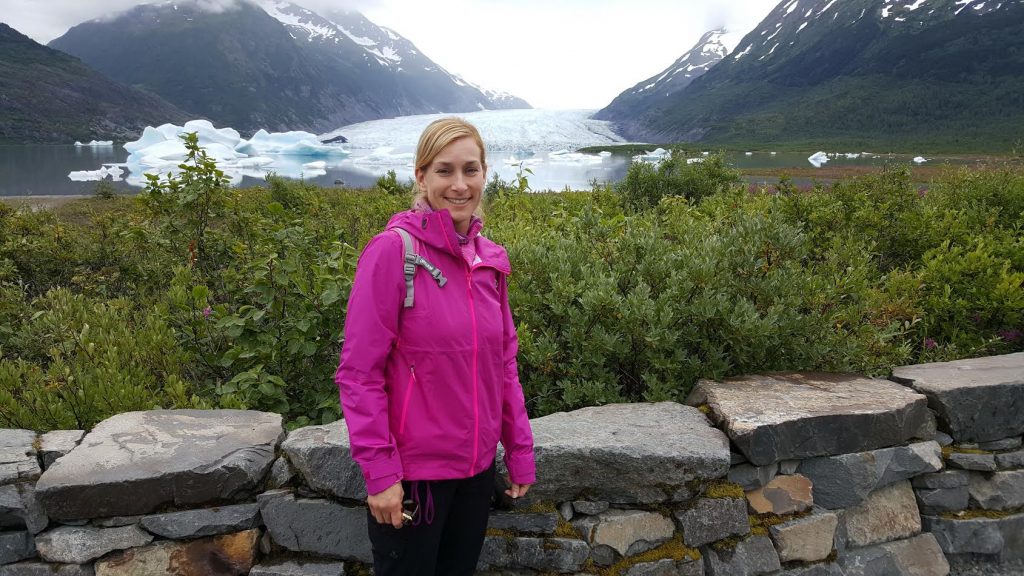 Many patients want to get back to skiing after ACL rehab.  From adolescent racers to helicopter skiers in the back-country and recreational skiers in their 70’s, we work closely with our patients and physical therapists to help bring patients back to what they love.  The approach to ACL rehab is critical.

“I am a fairly active wife and mother of an adult son in my early 50s. In 2013, I tore my ACL landing from a jump kick during martial arts training. At the recommendation of my primary care physician, I saw Dr. Jonas Rudzki for a consultation to determine the best treatment protocol. Dr. Rudzki recommended a hamstring autograft repair so that once I had fully recovered from the surgery I would have a strong ACL with no limitation on activities. Although the surgery and initial recovery were difficult, after nine months of following Dr. Rudzki’s recommended treatment protocol and working with a fantastic physical therapist I regained full range of motion and was cleared to begin participating in the activities I enjoy.  A year to the date of my surgery, my son and I went skiing in Breckenridge, Colorado in a couple feet of fresh powder.  My first few falls (and there were many in those conditions) sent my heart racing, but I had no problems and my knee felt stronger than ever. Today, four years after the surgery, I ski, bike, and hike.  Although I can’t keep up with my son on the slopes (who also had ACL reconstruction with Dr. Rudzki), I have no limitations resulting from the surgery and expect to enjoy many years of an active lifestyle.” -Staci 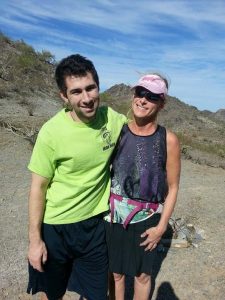 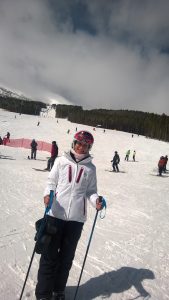 ACL Rehabilitation is a fascinating topic in which the literature continues to evolve and better guide surgeons, therapists, and patients to more successful recoveries.  Twenty-five to thirty years ago, we would reconstruct an ACL and immobilize patients for an excessive period of time.  This facilitated healing but led to excessive scar tissue and a painful ACL rehab process.  Then, Dr. Donald Shelbourne and others popularized the concept of accelerated rehab protocols.  Based on the principles that joints and cartilage do better when moving, this philosophy brought about a paradigm shift in which patients were mobilized more quickly and recovered from surgery at a faster rate with more successful results.  However, many paradigm shifts lead to overcorrections and such is the case with ACL rehab.  Surgeons began to return patients to sport at 5 or 6 months without adequate time to not only strengthen the leg, but to rebuild the strength of the core, hips, and other coordinated neuromuscular patterns to minimize risk of re-injury.  Over the last 5-7 years, a large body of evidence has emerged which clearly demonstrates the need to proceed with a thoughtful, deliberate, consistent physical therapy protocol followed by, and in conjunction with, progressive core strengthening and return to sport activities for a goal of return at approximately 9 months.

At 12 weeks, the graft is still partially gelatinous and not ready to see significant stress or loads.  MRI studies show continued graft incorporation/maturation over 18 months after surgery.  The precision, duration, consistency and commitment to comprehensive rehabilitation have profound influence on the successful return to sport.

The purpose of the current prospective study was to assess the changes over time in patients tested at 6 months and 9 months after anterior cruciate ligament reconstruction (ACLR) with a return to sport (RTS) test battery. It was hypothesized that more patients passed RTS criteria at 9 months compared to 6 months.

The percentages of patients passing all RTS criteria were low at both 6 and 9 months after ACLR. Quadriceps strength revealed persistent deficits and the lack of improvement in the IKDC score questionnaires shows insufficient self-reported knee function for RTS.

Return to Level I Sports After Anterior Cruciate Ligament Reconstruction: Evaluation of Age, Sex, and Readiness to Return Criteria

Rates of return to level I sport were significantly higher for athletes aged 25 years and younger (48% return rate) compared with older athletes (26-35 years, 32% return rate [P < .0001]; ≥36 years, 19% return rate [P < .001]). Male athletes who were in the ≤25-year and 26- to 35-year age brackets had significantly higher return rates than female athletes (52% vs 39% and 37% vs 18%, respectively), whereas no sex-based differences in RTS were seen after 36 years of age. A significantly higher proportion of younger patients met the selected indicators of a satisfactory recovery. Regardless of age, athletes had twice the odds of RTS if they had limb symmetry index scores of 90 or higher (P ≤ .0001) and 3 times the odds of RTS if they had IKDC scores of 95 or higher (P < .0001).

Almost half of younger athletes (aged ≤25 years) in the current cohort returned to level I sports within 12 months after ACL reconstruction. Younger athletes were also more likely to meet criteria that indicate a satisfactory functional recovery and that have been used to indicate readiness to RTS. There may be a role for adjusting thresholds for these criteria based on age.

CONTEXT:
Post-operative rehabilitation is critical to optimize outcomes after anterior cruciate ligament reconstruction (ACLR). However, the relationship between physical therapy (PT) and clinical outcomes is unclear.

Patients completed a performance assessment and rated subjective knee function prior to physician clearance (mean=6.3±1.3 months post-operatively), and were contacted within 6 months of clearance to complete a PT questionnaire.

Patients completed regular PT (2 days/week, 25 weeks, 58 visits), and were most likely to conclude when discharged by the therapist (68.3%). More than half (56.7%) returned to sport, yet most (73.3%) felt unready at discharge. Isokinetic torque was correlated with days of PT/week (r=0.29, P=.03). Isokinetic torque and hop symmetry were reduced in patients who returned to sport (P<.05). Patients who felt ready to return completed fewer weeks of PT (P<.05). Patients with a patellar tendon graft completed more days of PT/week and total visits, but demonstrated lower MVIC torque, MVIC symmetry, and isokinetic symmetry (P<.05).

Many patients felt unready to return to sport at PT discharge. PT frequency was associated with isokinetic torque, yet this relationship was small. Outcomes were reduced in patients who returned to sport, suggesting pre-mature resumption of pre-injury activity.

Trunk Muscle Endurance in Individuals With and Without a History of Anterior Cruciate LigamentReconstruction. Werner DM1, Barrios JA.

Werner, DM and Barrios, JA. Trunk muscle endurance in individuals with and without a history of anterior cruciate ligament reconstruction. J Strength Cond Res XX(X): 000-000, 2017-Anterior cruciate ligament (ACL) rupture is one of the most common knee injuries and often leads to surgery. Second injury after an ACL reconstruction (ACLR) is a major risk after rehabilitation, and may be linked to persistent postoperative deficits in muscular strength and endurance. Trunk muscle endurance has not been well studied after ACLR. Therefore, the purpose of this study was to compare trunk endurance using the established McGill testing battery in 20 individuals who had previously undergone ACLR at least 1 year before with 20 controls matched for sex frequency, limb dominance, age, body mass index, and activity level. Four static positional holds to failure were performed in random order, with time in seconds recorded as the primary dependent variable. Mann-Whitney U tests using an alpha level of 0.05 were conducted comparing hold times for all positions between groups. Effect sizes were also calculated between groups. Deficits in trunk extension endurance were observed in the surgical group. The results of this study suggest that contemporary rehabilitation schemes after ACLR do not fully address trunk endurance deficits. Health care professionals delivering postoperative rehabilitation after ACLR may consider direct assessment of trunk endurance and targeted exercise training to address potential deficits.

To evaluate the rate at which children and adolescent athletes return to sporting activities after anterior cruciate ligament (ACL) reconstruction.

Three databases, PubMed, MEDLINE, and EMBASE, were searched from database inception until September 9, 2017 by two reviewers independently and in duplicate. The inclusion criteria were English language studies that reported return to sport outcomes. Book chapters, conference papers, review articles, and technical reports were excluded. The rate of return to sports was combined in a meta-analysis of proportions using a random-effects model.

Pooled results suggest a high rate of return to sport following ACL reconstruction in children and adolescent athletes; however, this is associated with a relatively high rate of graft rupture and a similar rate of contralateral ACL injury. This study provides clinicians with evidence-based data on the ability of children and adolescent athletes to return to sport after ACL reconstruction, an important consideration for athletes of this population with ACL injuries.